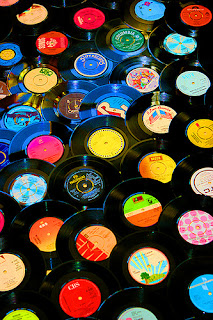 I guess I have to get used to writing my blog a little more regular so I have decided to put a little more about me here. I am an avid record collector, been collecting those shiny 7 inches of pleasure for around 35 years now. The first single I was bought was The New Seekers, Beg Steal Or Borrow back in 1972. As I grew so did my record collection covering all delights of Glam Rock, Punk & New Wave, New Romantics and 70's & 80's charts but as I hit the mid 80's music seemed to become really stale and uninteresting.

Getting into the late 90's Dance music, of all things, especially Trance began to interest me again. The music today has really lost a lot of the diversity it used to have. I remember when I used to listen to the charts and on a Saturday afternoon on Radio 1 there used to be the American charts. Nowadays our charts are really the American charts, so does that mean on a Saturday afternoon on Radio 1 they will be doing the UK charts? To me, all this r&b, rap hip hop all sounds the same but the charts has become full of this stuff, so what has happened to all the British music. I've nothing against American music but it would be nice to have good old music from Blighty in the charts!